saw the light when the world came to a halt in spring 2020.

With cancelled tours and no local gigs, musician Joost W. van der Graaf started writing music in which different influences from his past came together.

As soon as the material was there he reached out to some great players to record with him.
Once mixed and mastered at Nutsville Noiselab, The Hague, the album CHOREOMANIC was a fact.

Joost has long been fascinated by the concept of Choreomania and the Medieval Dancing plagues. With today’s reality the phenomenon seems to have become relevant once again!
This project is not only a musical statement but also a call to action against (cultural) oppression.
May everyone move and create in freedom!

As member of the CHOREOMANIC community you are the first to hear new upcoming releases, see videos and know about live events. Also, since you take sincere interest, your opinion as an artist and/or enthusiast is valued and appreciated.

THE ALBUM CHOREOMANIC IS OUT!

Order the album here! If you’re not using PayPal and you do want a physical copy of CHOREOMANIC,  just send Joost a message!

The sound and direction of CHOREOMANIC is the result of the artist moving freely through different styles of music with a high energy approach.
Freedom is key.

Freedom = happiness = the ability to step outside the circles of everyday life and re-create, maintaining a strong spirit and the will to oppose to ruling powers if necessary.
It is worth fighting for.

Dutch bassist Joost Willem van der Graaf has been active in music since he was fourteen years old. At a young age he explored the many approaches to his instrument playing different styles of music in different bands. In the early 90’s he toured Europe for the first time, as bass player/vocalist in Creepmime (Mascot Records), to promote the album ‘Chiaroscuro’. After Creepmime he studied music in Amsterdam and became a working musician, performing and teaching.

In the new millennium, Joost co-formed I CHAOS (RITF records, Suburban distr.) The band released two albums: ‘The Human Repellent’ and ‘Masterbleeder’. In this period he was also stand-in bassist for Sinister, touring Russia.

In 2012 he became a permanent member of GermanThrashers Dew-Scented (Metalblade), releasing three full-lengths with them up to 2018: ‘Icarus’, ‘Insurgent’ & ‘Intermination’. The band toured extensively through Europe but also in Japan, together with renown bands from the international metal scene (Testament, Exodus, Death Angel, Six Feet Under, Sacred Reich, Prong and The Black Dahlia Murder).

Joost teaches ‘Bass Skills’ and ‘Band Development’ at The Metal Factory in Eindhoven, The Netherlands. Next to the band activities he co-founded Dutch company Raw Resonance, developing music programs for primary and secondary education but also creating large interactive musical projects, like on Lowlands festival in 2017 and 2018.

Since 2019 he proudly plays with Dutch iconic act Pestilence (Agonia Records) appearing on the album ‘Exitivm’. In 2020 he started working on his own project CHOREOMANIC.

About that bass (coming soon) 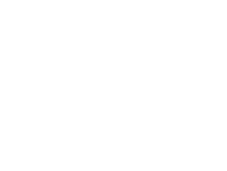 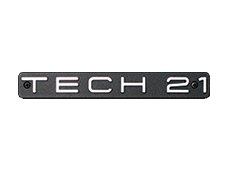 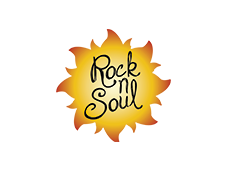